1.&nbsp; &nbsp; &nbsp;This is a lab report to investigate the properties of magnets.2.&nbsp;&nbsp;&nbsp;&nbsp;&nbsp; To analyze the relationship between electricity and magnetism.IntroductionA magnet is an object that has magnetic properties such as exerting an attractive force towards ferromagnetic materials, repels and attracts other magnets, and it deflects the path of charged particles (S... tille, 2005). There are two magnetic poles; the North Pole and the South Pole. These poles come in pairs known as dipoles. Magnetism is a phenomenon that is associated with magnetic fields that arise due to the motion of the electric currents (Lucas, 2018). It is also associated with the phenomenon such as the electron that has spin property. Read More 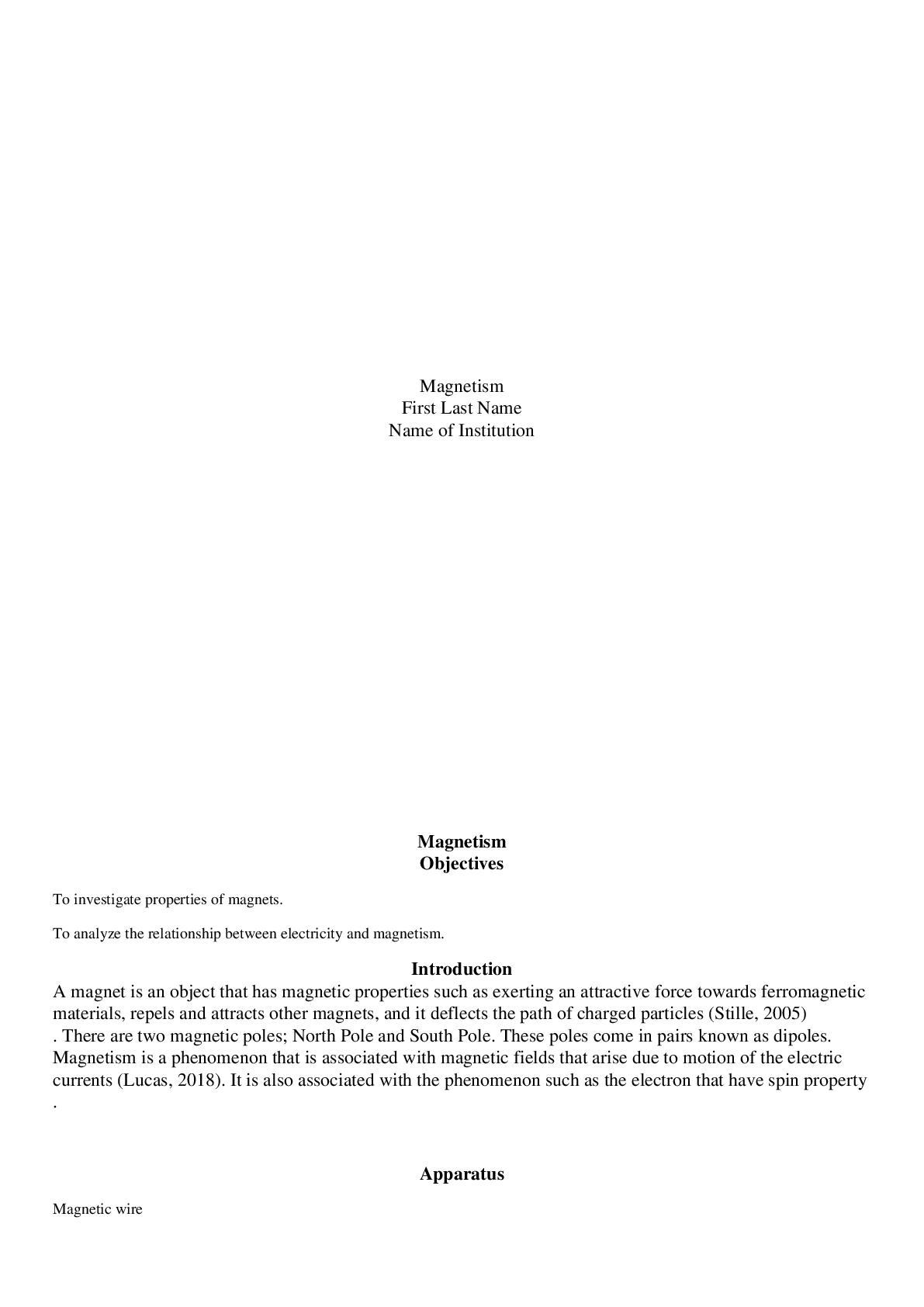