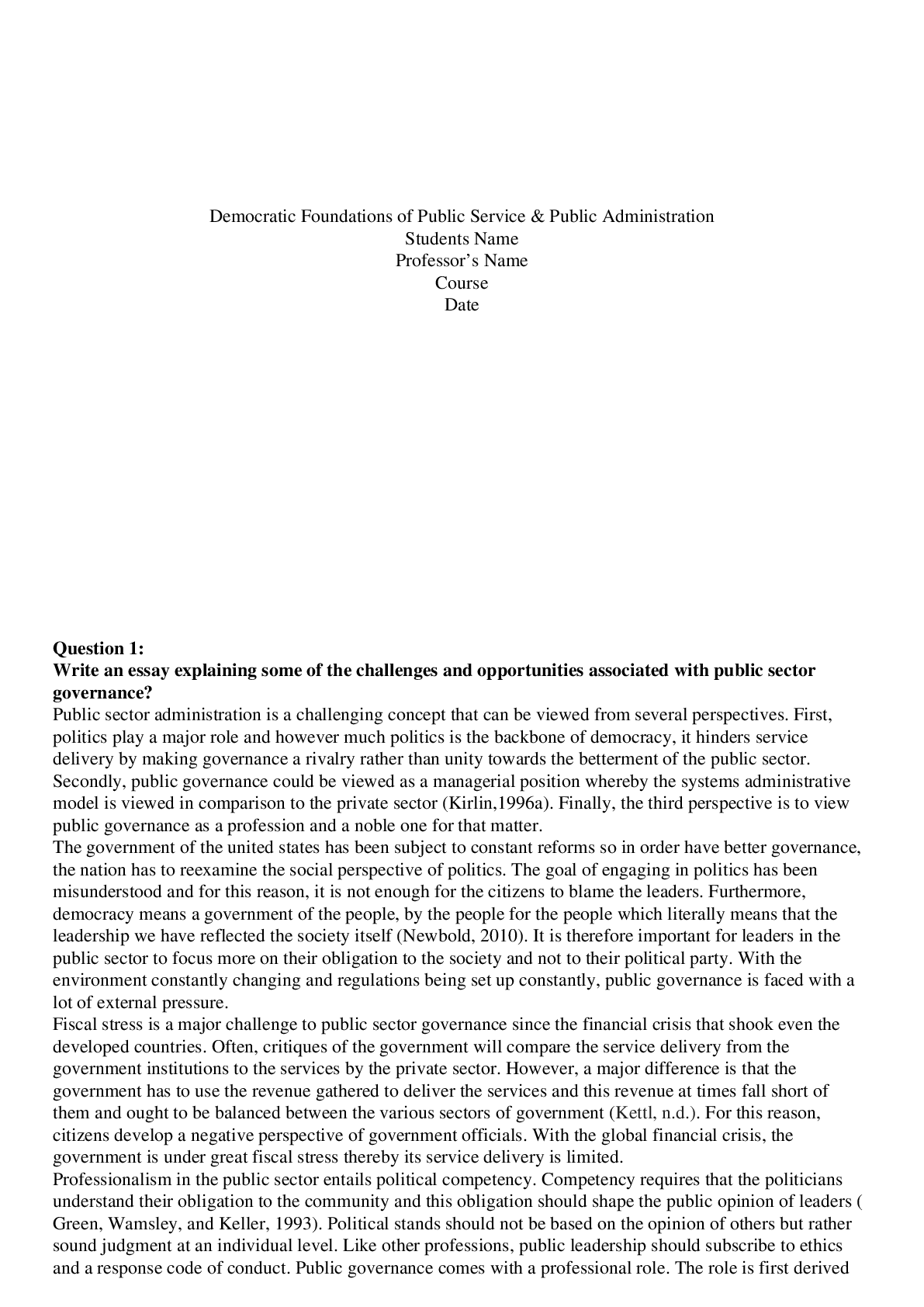 Write an essay explaining some of the challenges and opportunities associated with public sector governance? Public sector administration is a challenging concept that can be viewed from several perspectives. First, politics play a major role and however much politics is the backbone of democracy, it hinders service delivery by making governance a rivalry rather than unity towards the betterment of the public sector. Secondly, public governance could be viewed as a managerial position whereby the systems administrative model is viewed in comparison to the private sector (Kirlin,1996a). Finally, the third perspective is to view public governance as a profession and a noble one for that matter. The government of the united states has been subject to constant reforms so in order to have better governance, the nation has to reexamine the social perspective of politics. The goal of engaging in politics has been misunderstood and for this reason, it is not enough for the citizens to blame the leaders. Furthermore, democracy means a government of the people, by the people for the people which literally means that the leadership we have reflected the society itself (Newbold, 2010). It is therefore important for leaders in the public sector to focus more on their obligation to society and not to their political party. With the environment constantly changing and regulations being set up constantly, public governance is faced with a lot of external pressure.