Eragon &nbsp;“Eragon” is the first book written by Christopher Paolini of the Inheritance Cycle. The book begins with the portrayal of a shad by the name Durza and other urgals invades a party of three elves. Durza and fellow urgals kill the elves and try to steal an egg that was carried by one of the female elves. However, it vanished and Durza is infuriated. A fifteen-year boy by the... name Eragon lives with his uncle Garrow and his cousin Roran in a land near the village of Carvahall. Not knowing what it was, Eragon finds a mysterious stone in the mountains and believes he will use it to pay the butcher. However, a dragon hatches from the stone, which in reality was an egg, and Eragon named it Saphira a named he heard from Brom. On the other hand, King Galbatorix who was once a dragon rider but turned evil after killing other dragon riders came to learn about the exact location of the egg. King Galbatorix had to send Ra’zac his right-hand man to collect the egg. All that time, Saphira had been growing and when Ra’zac appeared in the village of Carvahall. Eragon and Saphira ran to the Spine, but Ra’zac caused havoc and killed Eragon’s uncle Garrow, and he had to flee with Saphira. Through the help of Brom the great storyteller, Eragon learns magic and sword fight. Eragon, Saphira, and Brom set out to search for a group of rebels known as the Verden who also wanted the end of King Galbatorix. A series of fights and killings later followed and Brom did not survive. Read More 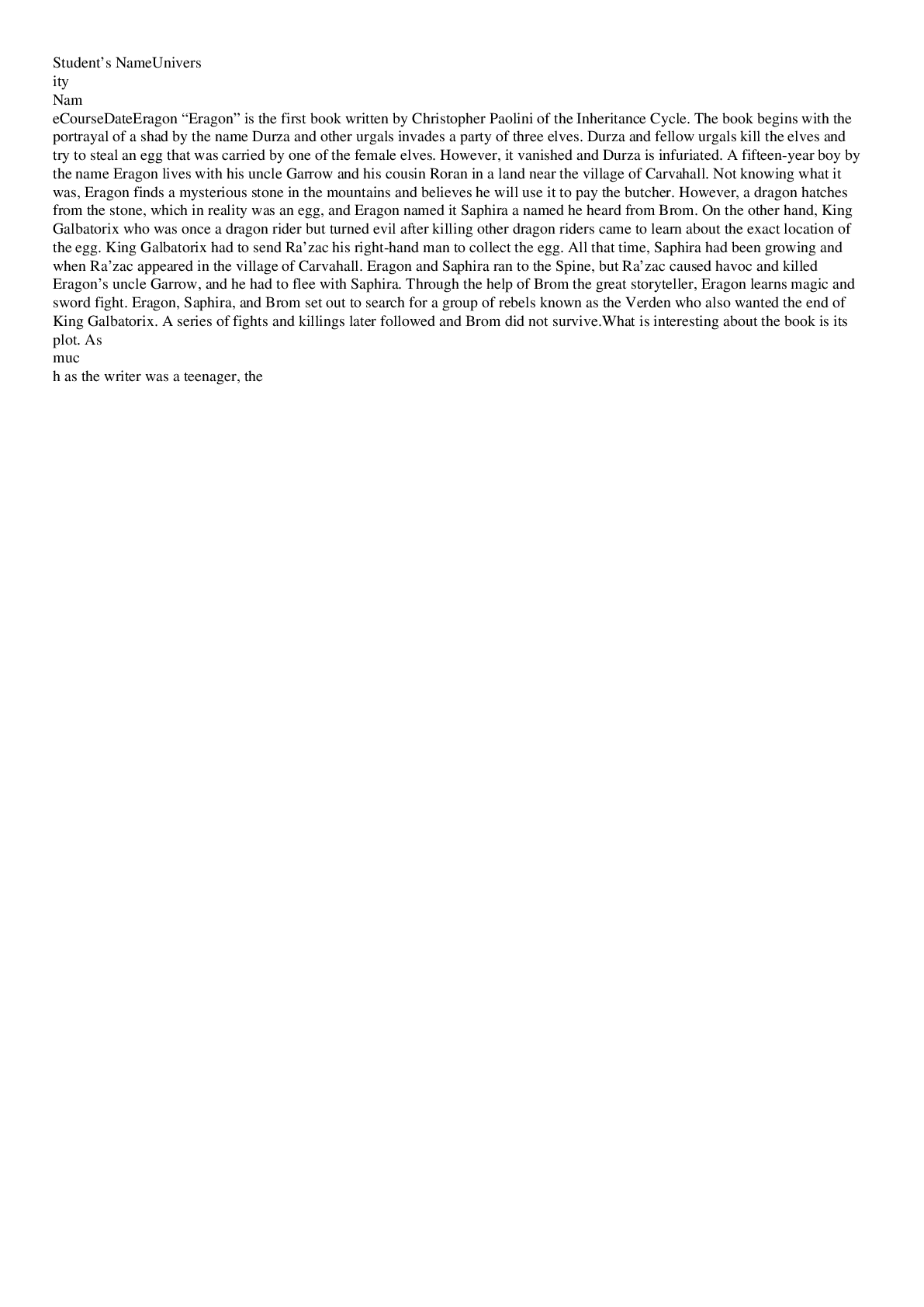