Identify 7 major events in terms of Science, Technology, and Environment of Spain

1.&nbsp;&nbsp;&nbsp; Antiseptic (10th century)Although the concept of antiseptic use in medicine became pronounced in the 19th century, it has been already exercised in Spain as early as the 10th century. It was mostly used in Islamic Spain where special practice called Al Andalus was used to keep hygiene in the process of surgery.2.&nbsp;&nbsp;&nbsp; Speed of sound (994-1064 A.A)A renowned Cor... doba scholar is credited for the first proposal of calculating sound using echoes. The scholar examined and observed the echoes in the Mosque of Cordoba. Similarly, the same scholar tried to explain the occurrence of lightning and state that thunder was as a result of lightning.3.&nbsp;&nbsp;&nbsp; Catalan Gothic (13th- 15th century) It was one of the famous architectural designs in Spain although it was confined in Barcelona and a few other neighboring areas such as Gerona. It occurred towards the end of the European Gothic and paved way for the development of the Renaissance. It&nbsp; Read More 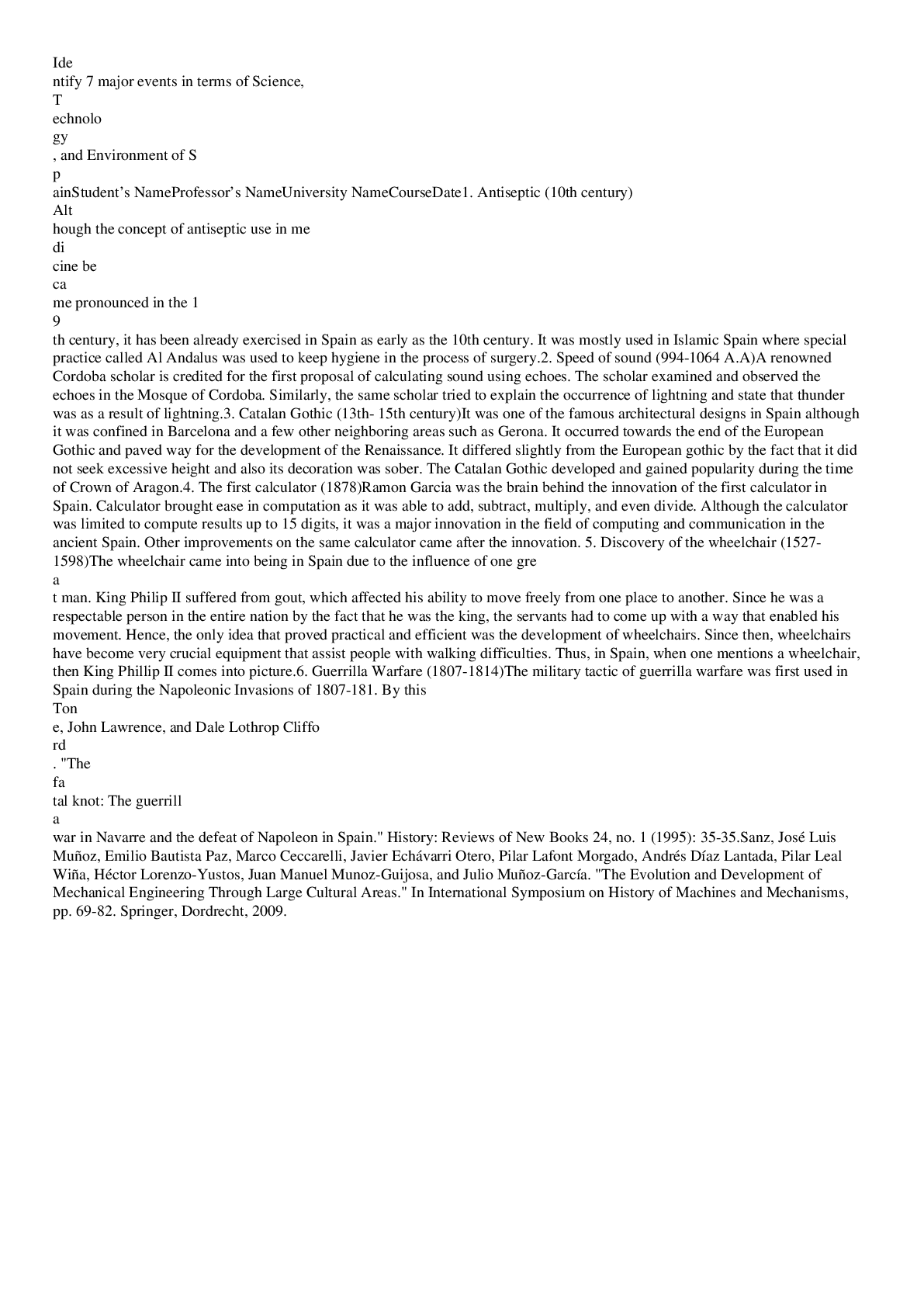